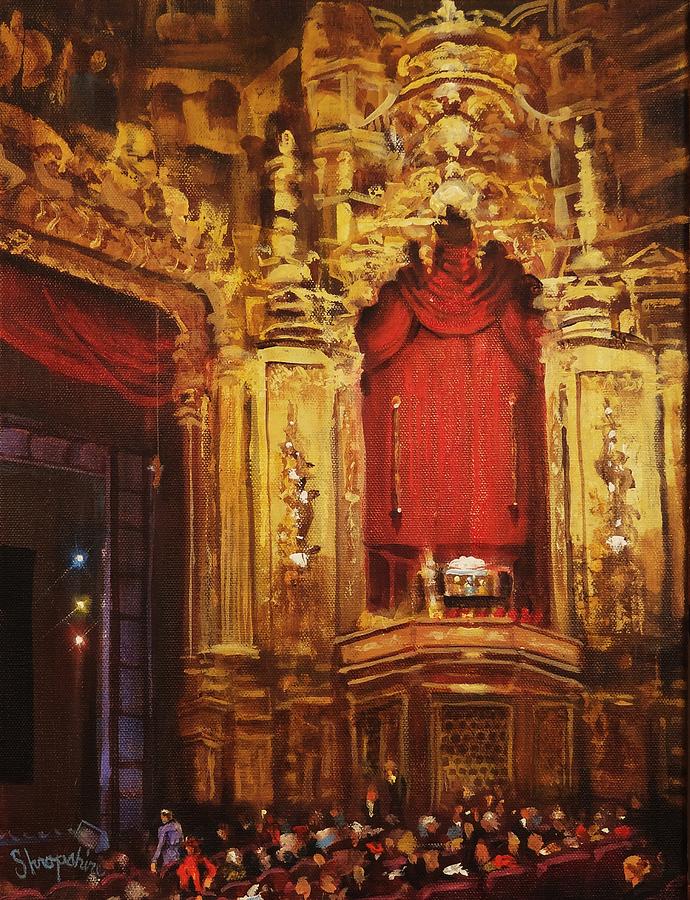 Inside the Oriental Theater Chicago

Inside the Oriental Theater Chicago

They were called movie palaces and palaces they were. Anyone with the price of admission could get lost in the magic of Hollywood in surroundings suitable for royalty. Turbaned ushers led patrons from the lobby, through an inner foyer with elephant-throne chairs and glazed Buddhas, to the auditorium’s “hasheesh-dream décor.”

I love the ornate awe-inspiring drama of the architectural details. I thoroughly enjoyed this challenging subject and plan to paint more of these historic landmarks.

As one of the first motion picture palaces whose décor was inspired by the Far
East, Chicago’s Oriental Theatre opened to much fanfare on May 8, 1926. The theater eventually fell into disrepair and was closed to the public in 1981. Rescued in 1996, Chicago Mayor Richard M. Daley announced that the Oriental would be restored to its original grandeur for the presentation of live stage musicals. It was renamed the Ford Center for the Performing Arts in 1997.