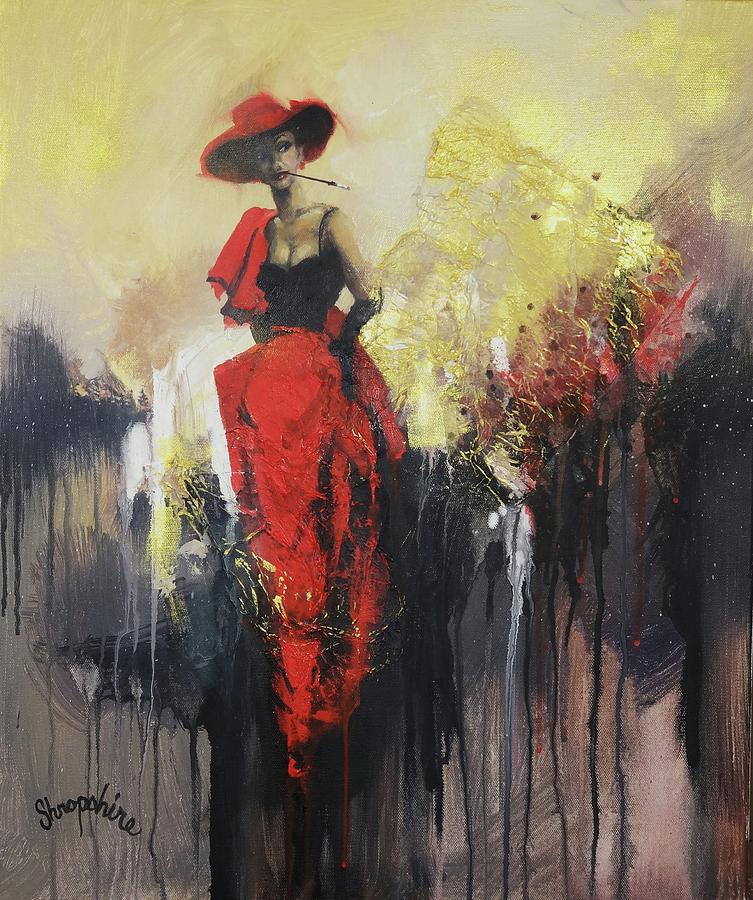 Woman in Red
The “Woman In Red” was the woman that helped the F.B.I. ambush and kill Public Enemy No. 1, John Dillinger, in 1934 outside of the Biograph movie theater. She was a prostitute and Chicago brothel owner named Anna Sage. A Romanian immigrant threatened with deportation for "low moral character, she cut a deal with Federal authorities to collect the reward for Dillinger and have the charges against her dropped. In the end, she only received half of the reward money promised and was deported anyway.
You may notice that I added some bullet holes and blood splatter to the right of the figure.