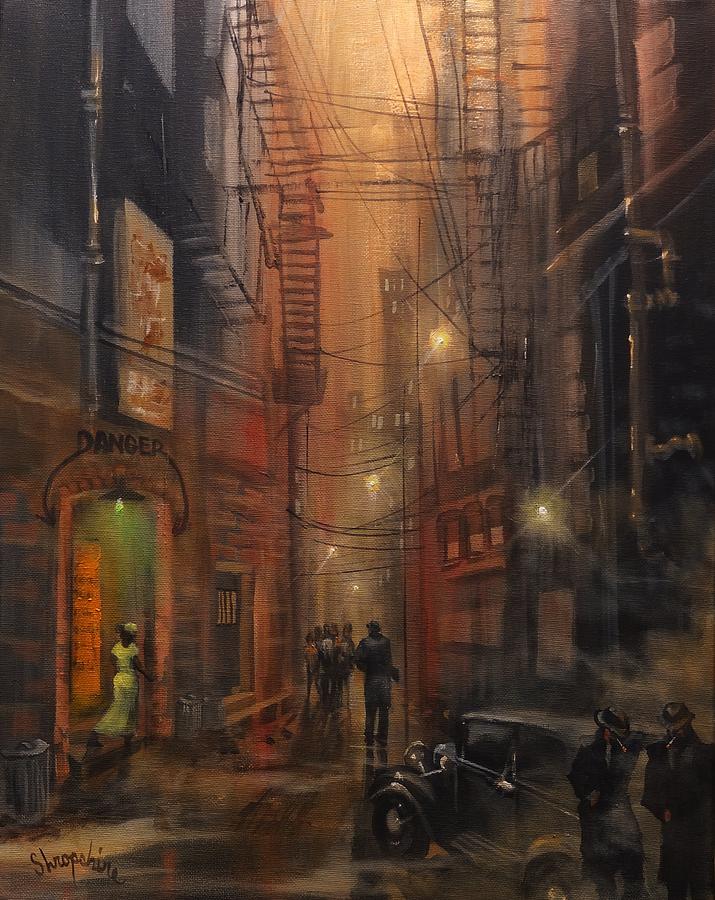 ﻿One can almost imagine the denizens of early 20th century Chicago climbing over the garbage cans �down Tooker Alley to the Green Light over the Orange Door� to get to the famed Dil Pickle Club.


The club was almost hidden from the outside and was considered a "hole in the wall" in Tooker Alley. The entrance was marked by a "DANGER" sign that pointed to the orange main door which was lit by a green light. On the door, it read: �Step High, Stoop Low and Leave Your Dignity Outside.�

During the Great Depression, the Dil Pickle Club began to experience its decline. By the early 1930s, the club was being frequented more by Chicago mobsters rather than the usual free-minded Bohemian attendees of the earlier era.

Congratulations on your sale Tom!

Congratulations in the sale ! It has even the mood of Gotham city :-)

Striking! I love the details.

vote, fav, and comment.....you got it all with this fun, well crafted work.

Thanks Jeff, this was a fun painting

A beautiful painting Tom. You are very talented. V/F