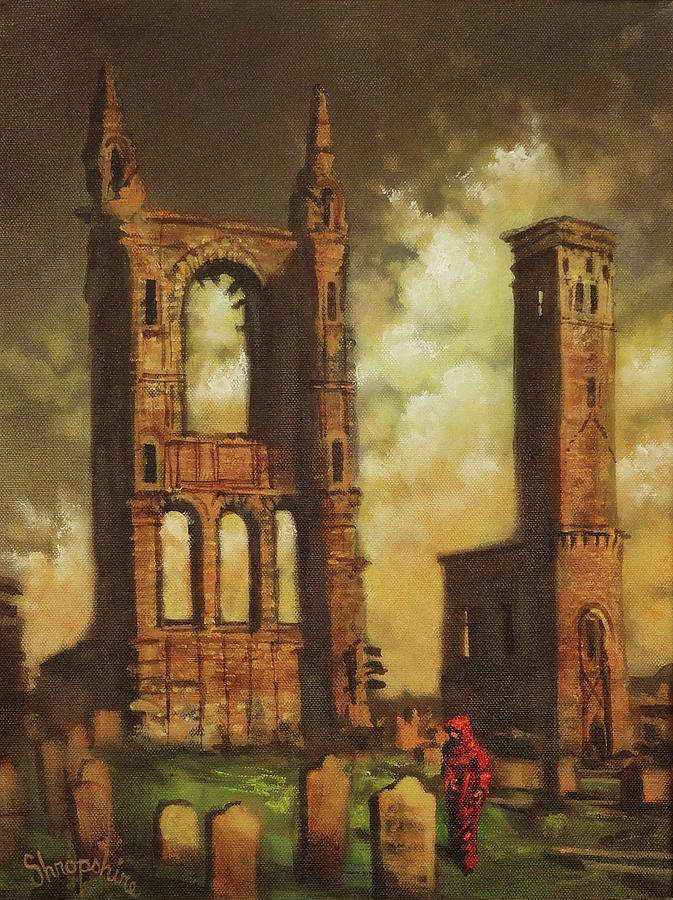 The Cathedral of St Andrew is a ruined Roman Catholic cathedral in St Andrews, Fife, Scotland. It fell into disuse and ruin after Catholic mass was outlawed during the 16th-century Scottish Reformation. In 1559 the building was robbed of its prized possessions and by 1561 it had been abandoned and left to fall into ruin.

I got to see the ruins of this 12th century cathedral on our recent trip to Scotland. I added the figure in red among the gravestones, for a touch of color and mystery, and to indicate the scale of the stone structures.