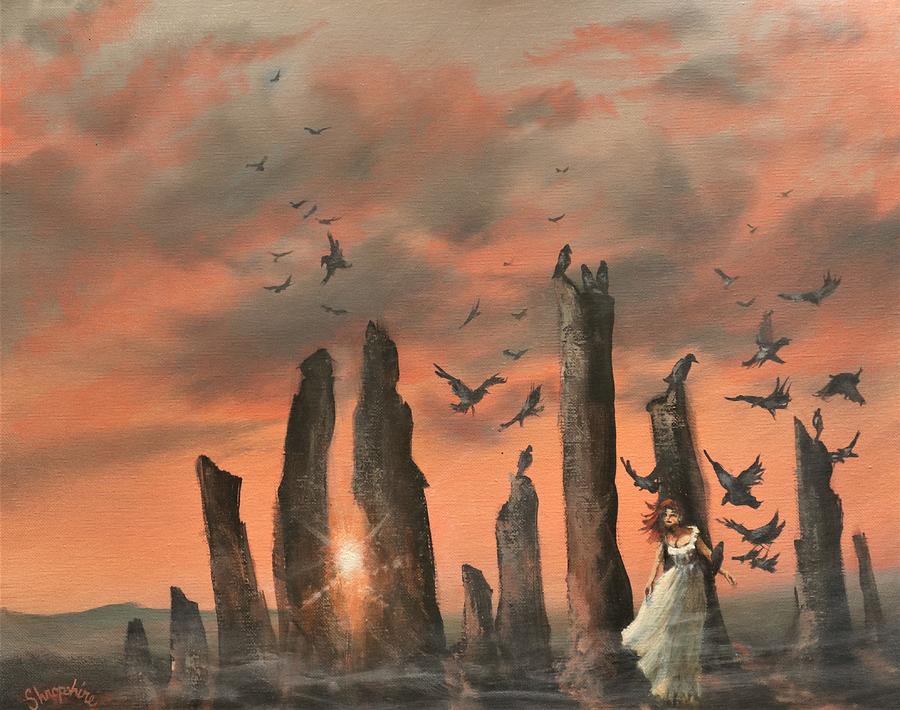 I started this painting of the Callanish Stones in Scotland as a landscape but the mysterious Monoliths caused me to include a figure. I was channeling the thousands of covers of Gothic Romance paperbacks that I've seen through the years and probably the popular series “Outlander”. These stones are older than Stonehenge. Neolithic people erected the Callanish Stones about 5,000 years ago. As with many prehistoric creations, the Callanish Stones are rich with legends and lore.

I added the ravens as symbols. A group of ravens is called an "unkindness" or "conspiracy," which seems fitting, since ravens are traditionally considered creepy. Ravens are often featured in European legends or mythology as portents or harbingers of doom or death.