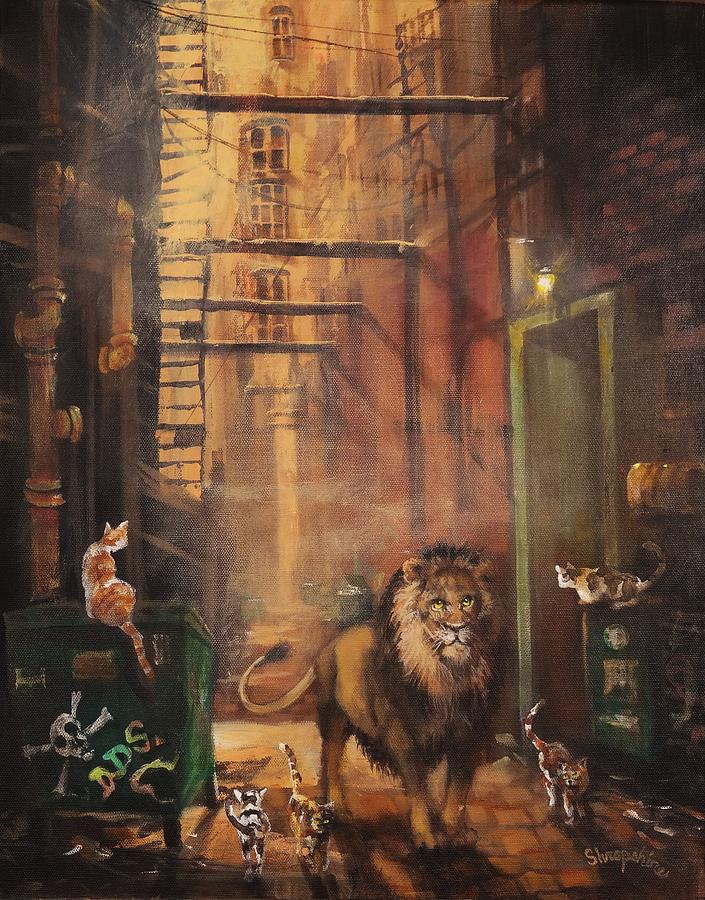 Milwaukee Lion
For a week, police had been receiving reports of a "lion-like" animal roaming the streets of Milwaukee. Finally, a resident caught video of the creature. The cellphone footage showed what looked like a big, wild cat walking across a lawn. The sightings increased as the week went by, and the police department closed streets and deployed teams of police officers and conservation officials. While many were joking about the lion and posting funny pictures online, Milwaukee Mayor Tom Barrett said everyone in the city should remain on high alert. The mysterious lion was never caught or captured.
I imagined the urban lion joining a street gang of alley cats and quickly becoming their underworld mob boss, as befitting “the king of beasts”.