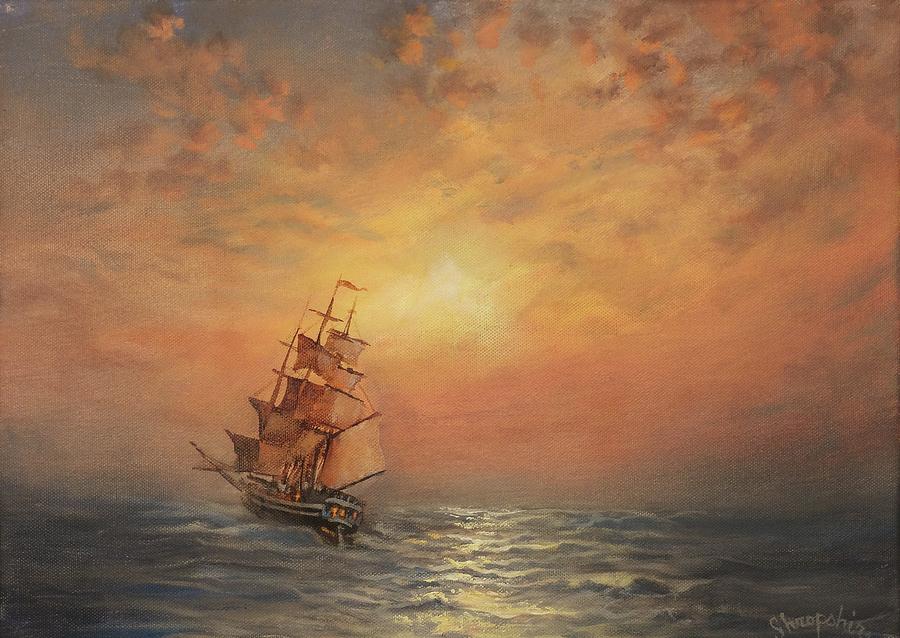 Original - Not For Sale

This piece is not for sale.   Please feel free to contact the artist directly regarding this or other pieces.

Into the Sunset
Once upon a time, sailing ships crossed the oceans on voyages of exploration and discovery. This is what inspired me to paint a fully rigged ship sailing into the west.

I am currently watching a program on NetFlix "To the Ends of the Earth", a miniseries adaptation of three sequential novels by Nobel Laureate William Golding. An adventure saga on the high seas of the late 19th century. Against this backdrop, a young British aristocrat named Edmund Talbot (Benedict Cumberbatch) boards a British warship and undertakes a voyage to Australia, where he has been given a post in the colonial government.

The film shows what life was like on a 19th century sailing ship; the hardships, the sickness, the smells, the boredom, and the danger.

You have mastered the oil paints for certain.