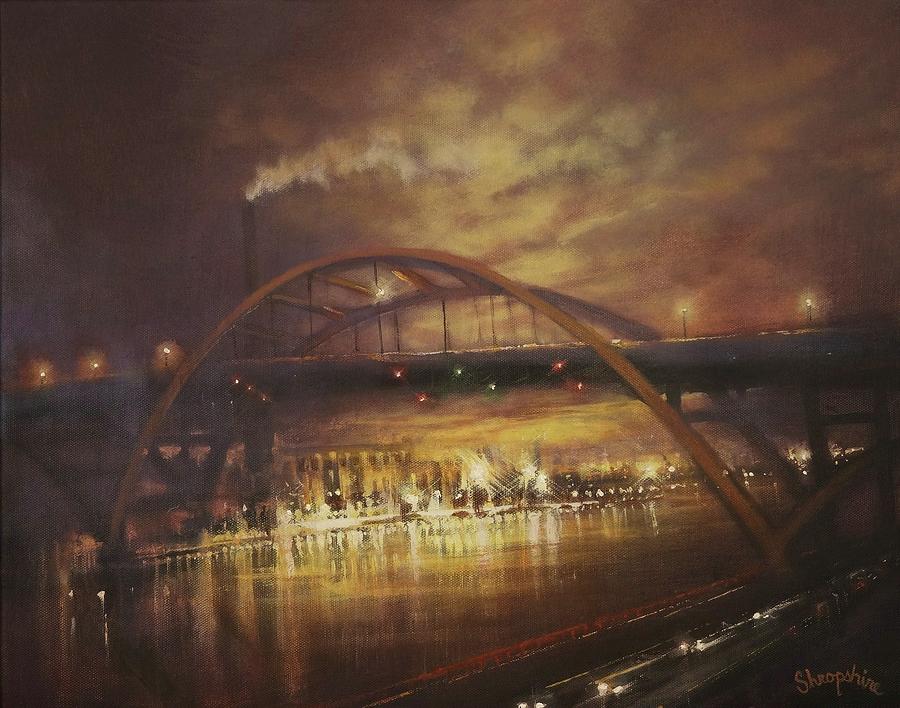 I have tried to paint this bridge several times in the past but was never satisfied with my results until now. My motivation and inspiration has been to capture the silhouette of the bridge against the sky and convey the industrial starkness of the manmade structure against a moody background just as night begins to fall. I think the smokestack adds some drama to the piece. I read recently that most of the people who jump to their deaths in Milwaukee County do so from the Hoan Bridge, according to the Milwaukee County medical examiner's office. A somber painting now seems somehow appropriate.

The Daniel Hoan Memorial Bridge, originally named Harbor Bridge, spans the Milwaukee River inlet to Lake Michigan and connects downtown Milwaukee to the Bay View neighborhood to the south. Although construction on the bridge lasted briefly from 1970 until 1972, it did not open to traffic until 1977 due to public backlash against the planned Milwaukee County freeway system. This halted completion of the connecting roadways and led to the Hoan Bridge being known as "The Bridge to Nowhere." Its unfinished state was used as the site of the car chase scene in the movie The Blues Brothers. Eventually, the bridge connections were completed in 1998.

Congrats on your sale!

Congratulations on your sale!

Nice work! Congratulations on your sale!