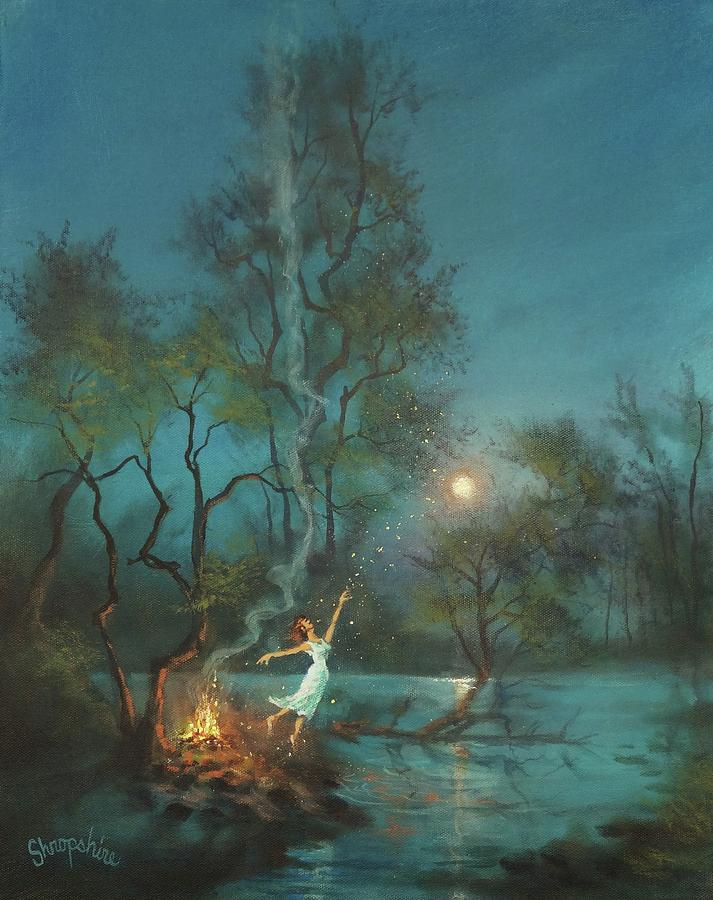 Original - Not For Sale

This piece is not for sale.   Please feel free to contact the artist directly regarding this or other pieces.

Fireflies and Moonlight
A magical moment as a bewitched woman dances with the moon and fireflies on a midsummer’s night. The celebration of Midsummer's Eve (St. John's Eve among Christians) was from ancient times a festival of the summer solstice. Bonfires were lit to protect against evil spirits which were believed to roam freely when the sun was turning southward again. In later years, witches were also thought to be on their way to meetings with other powerful beings.