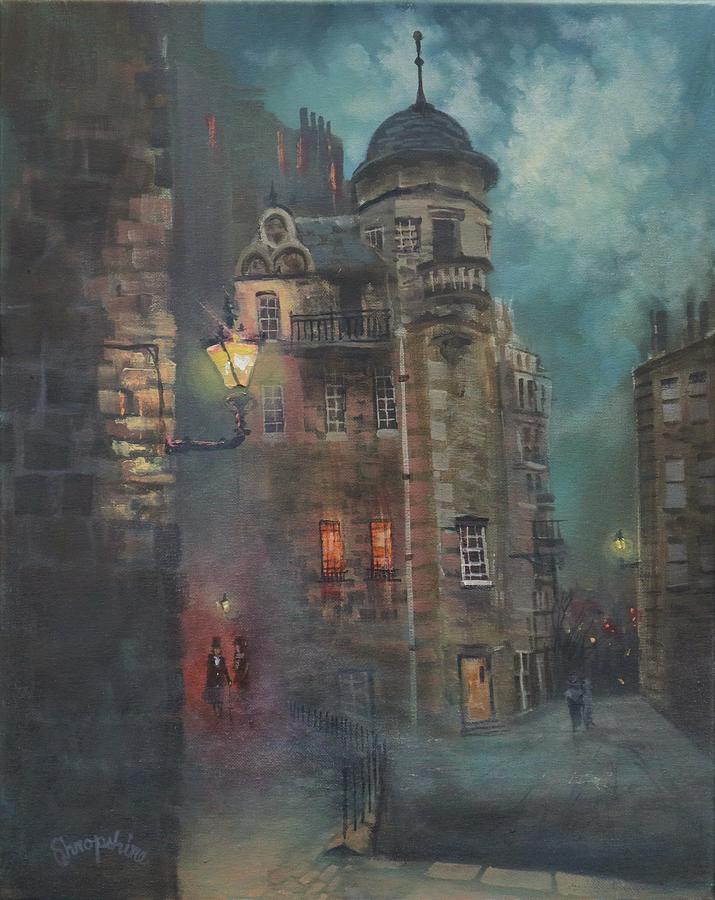 I was fascinated with Edinburgh on our visit in 2017, it is truly a city for artists! But there was a dark side to Edinburgh that is hinted at in this painting. Two serial killers in the 1800's, found murder a profitable enterprise. The city was a leading European center of anatomical study in the early 19th century, in a time when the demand for cadavers led to a shortfall in legal supply. Grave robbers known as resurrection men stole bodies to sell. The Burke and Hare murders were a series of 16 killings committed over a period of about ten months in 1828 in Edinburgh, Scotland. They were undertaken by William Burke and William Hare, who sold the corpses to Dr. Robert Knox for dissection at his anatomy lectures.

On a lighter note, the Writers' Museum in the 17th century Lady Stair's House, is dedicated to the lives and work of Scotland's great literary figures, particularly Robert Burns, Sir Walter Scott and Robert Louis Stevenson.