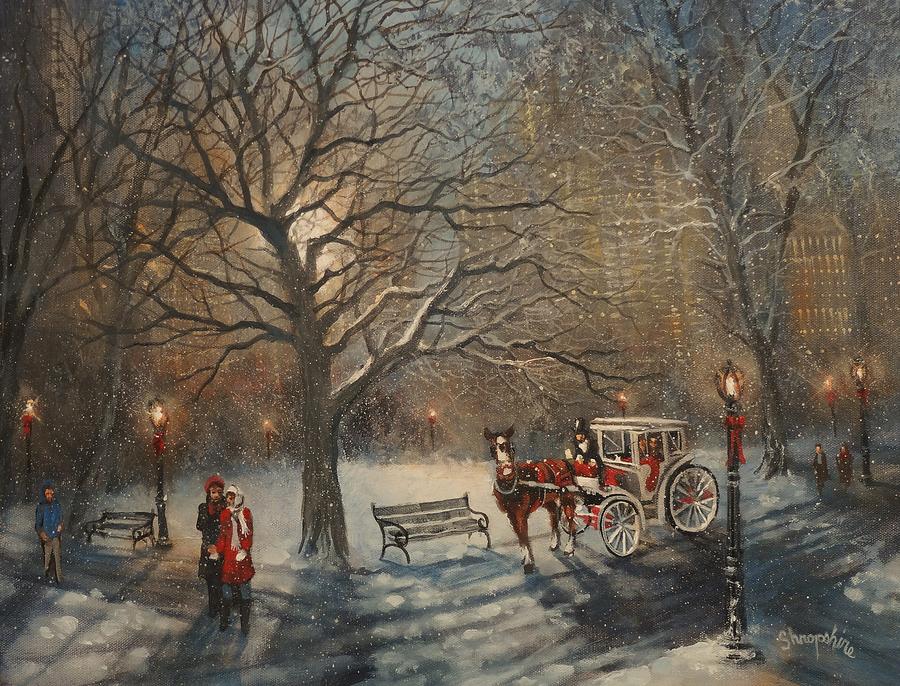 Outside the Plaza Hotel and Central Park in Manhattan you'll find one of New York City's favorite attractions - Carriage Rides in Central Park! Carriages, traditionally called "Hansom Cabs", are fun, romantic and create lasting images and lifelong memories. The horse-drawn carriage rides have been part of Central Park for more than a century. I wanted the painting to be somewhat timeless so that it had that nostalgic feel I was after. There is currently a move by some, and supported by the Mayor of New York City, to ban carriage rides and replace them with electric cars. They claim that it is cruel to the horses. The opposing side says they love their horses and that they are well-fed and cared for better than many people in New York. Some say it’s all about the money …could be true.