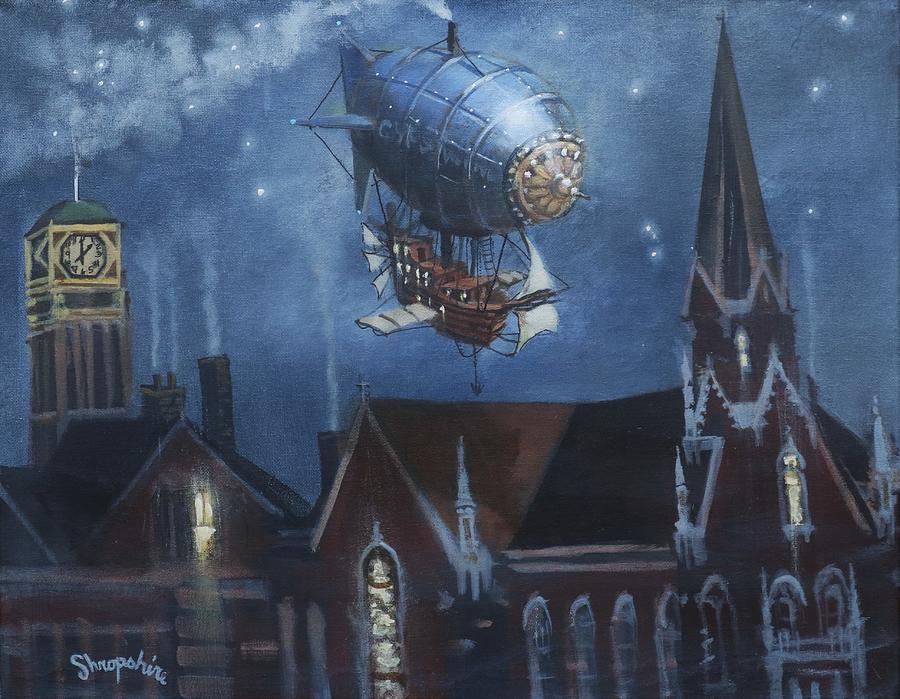 The intrepid airship “Gypsy wind” floats across the night sky above Milwaukee catching the light of a brilliant full moon. Only the flap and sputter of the steam driven propeller breaks the silence of the night as she sails past the Allen Bradley clock tower towards distant lands and adventures.

Steampunk is modern technology—iPads, computers, robotics, air travel—powered by steam and set in the 1800’s. It is an inspired movement of creativity and imagination. With a backdrop of either Victorian England or America’s Wild West at hand, modern technologies are re-imagined and realized as elaborate works of art, fashion, and mechanics. If Jules Verne or H.G. Wells were writing their science fiction today, it would be considered “steampunk.” Over the years, steampunk has evolved into more than just a sub-genre of Science Fiction and Fantasy. Steampunk now extends into fashion, engineering, music, and for some, a lifestyle. ~ Ministry of Peculiar Occurrences